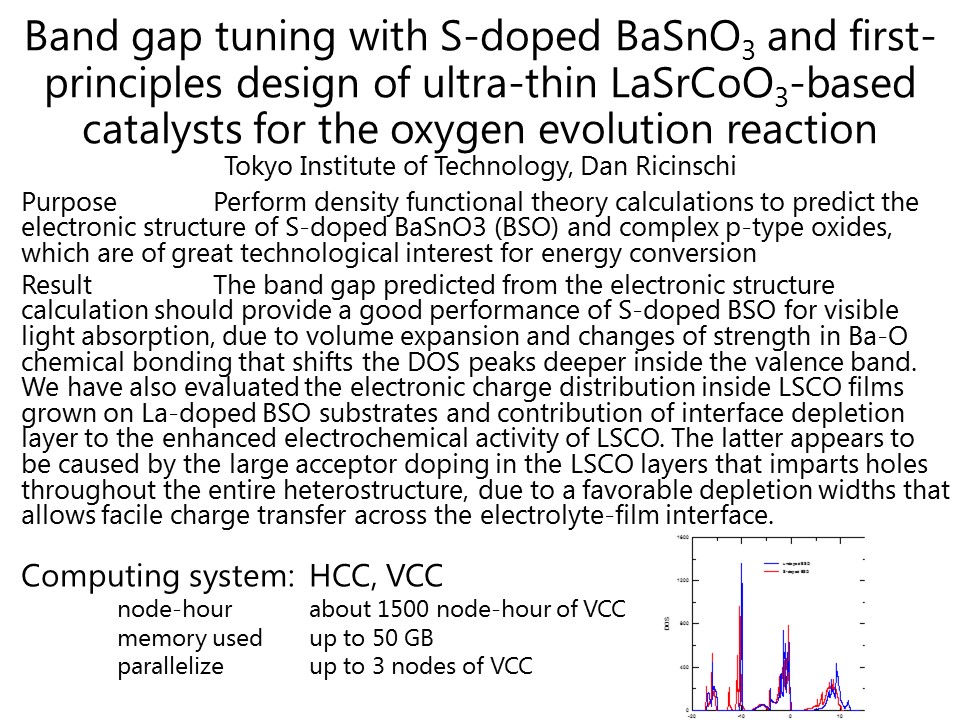 Abstract： We have performed density functional theory calculations to predict the electronic structure of S-doped BaSnO3 (BSO) and complex p-type oxides, which are of great technological interest for energy conversion. The band gap predicted from the electronic structure calculation should provide a good performance of S-doped BSO for visible light absorption, due to volume expansion and changes of strength in Ba-O chemical bonding that shifts the DOS peaks deeper inside the valence band. We have also evaluated the electronic charge distribution inside LSCO films grown on La-doped BSO substrates and contribution of interface depletion layer to the enhanced electrochemical activity of LSCO. The latter appears to be caused by the large acceptor doping in the LSCO layers that imparts holes throughout the entire heterostructure, due to a favorable depletion widths that allows facile charge transfer across the electrolyte-film interface