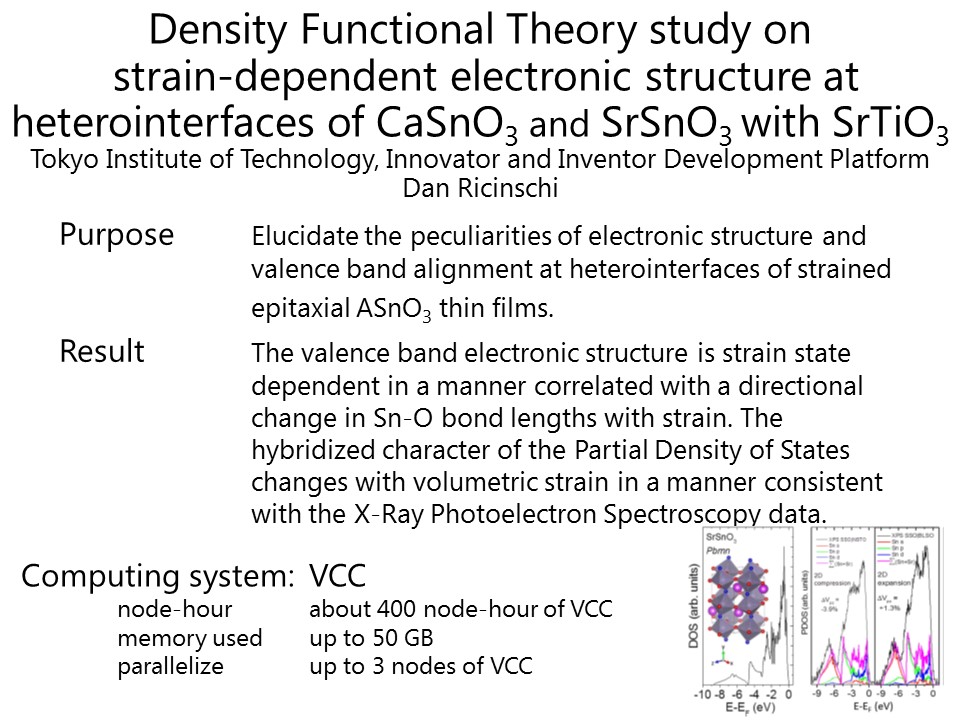 概要：We have elucidated the peculiarities of electronic structure and valence band alignment at heterointerfaces of strained epitaxial ASnO3 thin films. The valence band electronic structure is strain state dependent in a manner correlated with a directional change in Sn-O bond lengths with strain. The hybridized character of the Partial Density of States changes with volumetric strain in a manner consistent with the X-Ray Photoelectron Spectroscopy data. We have also clarified the impact of donor doping on local and global magnetic moment of BiFeO3 supercells as well as on its electronic and ferroelectric properties. It appears possible to enhance the magnetization of BiFeO3 without significantly affecting its ferroelectricity, with an added bonus of tuning its band gap so that it becomes suitable for photovoltaic applications.