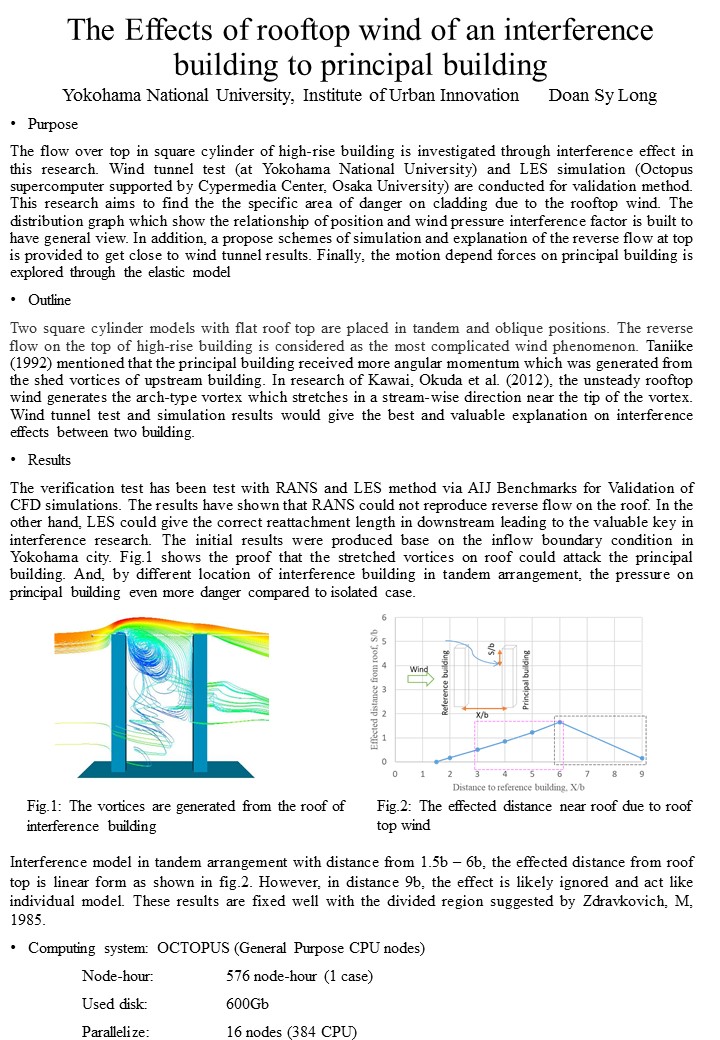 概要：There is no detail standard to design wind effect of high rise buildings due to position of another building. Wind tunnel test is still an important method to design wind in urban area. However, it is costly and difficult operation. Most of research has been done on side effects. Flow over top is a non-stationary complicated path. Noted that a research of this over rooftop wind has not been concerned so far. Taniike (1992) mentioned that the principal building received more angular momentum which was generated from the shed vortices of upstream building. In research of Kawai, Okuda et al. (2012). the unsteady rooftop wind generates the arch-type vortex which stretches in a stream-wise direction near the tip of the vortex. Due to this downstream moving of vortices over top of model, this research aims to find effects from roof top wind from a reference building to principal building. The wind tunnel test is conducted in Yokohama National University by both rigid and elastic cases. Later, a CFD simulations based on open-source program OpenFOAM is simulated with support of Octopus supercomputer, Cybermedia Center, Osaka University. The same input and set-up in the wind tunnel will be performed. The comparation results of two parts would give much information on phenomenon of wind and how accurate of simulation.