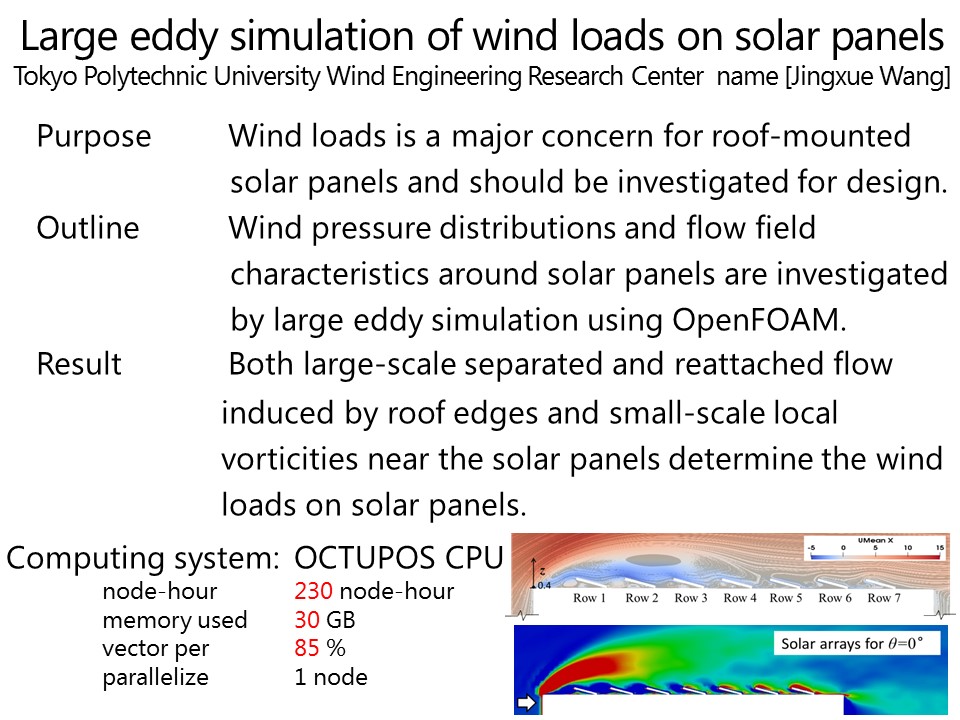 概要：It is urgent to investigate the wind loads on solar panels with the rapid growth of solar photovoltaic industry. The wind pressure characteristics on flat-roof-mounted solar panels behave differently compared with those on flat roofs, and have a complexity due to the turbulence induced by building, inclined solar arrays and of course, approaching turbulence in the atmospheric boundary layer. Large eddy simulation (LES) using PISO algorithm in OpenFOAM is performed to study the underlying aerodynamic mechanisms responsible for wind loads on solar panels for two normal wind directions  =0 and 180. The approaching flow turbulence generated by spires and blocks agrees well with those of wind tunnel test. The pressures on solar panels and those of the roof which they are mounted are firstly compared and validated by wind tunnel results. The wind pressure coefficients of LES are within an accuracy of 20%~30% compared with the results of wind tunnel tests. The general flow fields, including the mean velocity profiles and turbulence fluctuation intensities of solar panels and flat roof are compared. The significance of large-scale separated and reattached flow caused by roof’s edge and local flow structure near the solar panels is examined.