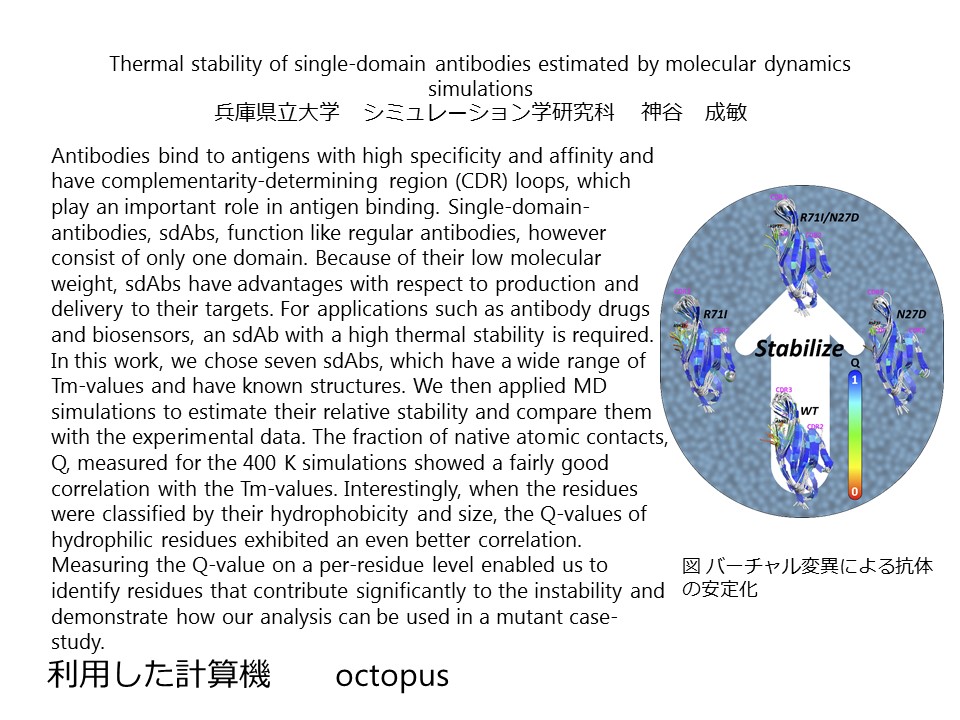 概要：Antibodies bind to antigens with high specificity and affinity and have complementarity-determining region (CDR) loops, which play an important role in antigen binding. Single-domain-antibodies, sdAbs, function like regular antibodies, however consist of only one domain. Because of their low molecular weight, sdAbs have advantages with respect to production and delivery to their targets. For applications such as antibody drugs and biosensors, an sdAb with a high thermal stability is required. In this work, we chose seven sdAbs, which have a wide range of Tm-values and have known structures. We then applied molecular dynamics (MD) simulations to estimate their relative stability and compare them with the experimental data. Here, high temperature MD simulations at 400 K and 500 K were executed with simulations at 300 K as control. The fraction of native atomic contacts, Q, measured for the 400 K simulations showed a fairly good correlation with the Tm-values. Interestingly, when the residues were classified by their hydrophobicity and size, the Q-values of hydrophilic residues exhibited an even better correlation. Measuring the Q-value on a per-residue level enabled us to identify residues that contribute significantly to the instability and demonstrate how our analysis can be used in a mutant case-study.