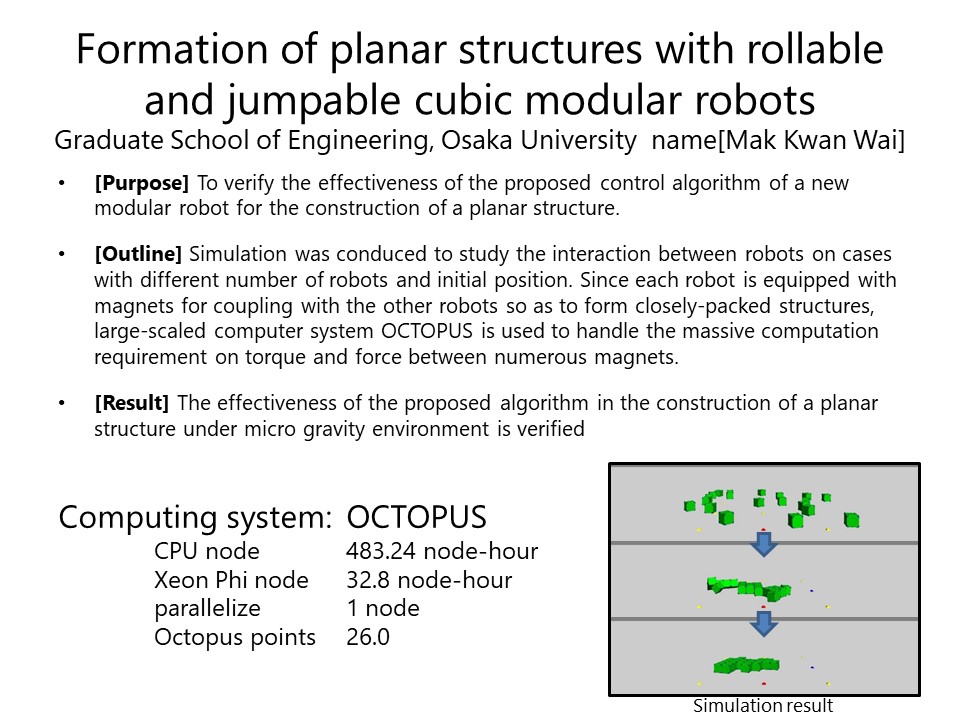 概要：This research focuses on the control algorithm of an innovative modular robot, which is a cube-shaped robot capable of performing rolling and jumping actions in multiple directions, and coupling with the other robots to form closely-packed structures. The configuration of the robot referenced to the actuator mechanisms developed in our previous research for allowing rolling and jumping actions to be performed by cubic robots in multiple directions, and the bonding mechanism included in a robot called M-block in previous research for allowing robots to form closely-packed structures of different 3D shapes. Because of the difficulties in building a swarm of new robots and conducting experiment under micro gravity environment, a computer simulation was conducted to investigate the interaction of robots with the proposed control algorithm under micro gravity environment. Due to the numerous magnets involved in the interaction between robots, massive computation on magnetic torque and force are handled in parallel using large-scaled computer systems OCTOPUS. The result has confirmed the effectiveness of the proposed algorithm in the construction of a planar structure under micro gravity environment.